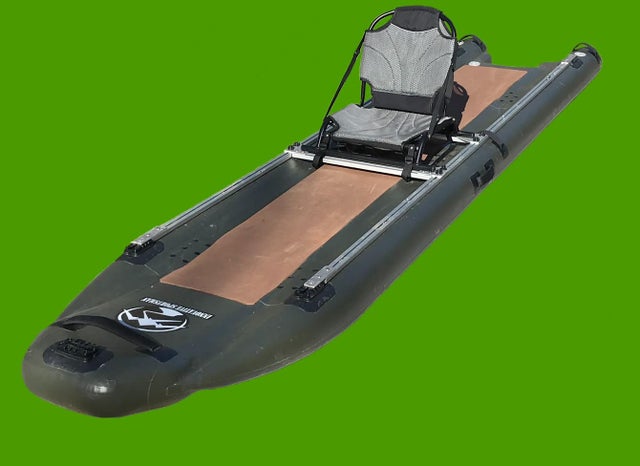 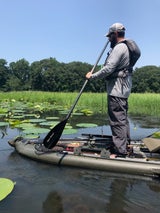 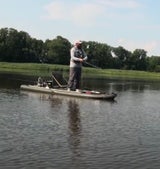 The Osprey 1436 is 14 foot long and 36 inches wide and weighs in about 85 pounds. It is not your typical "lightweight inflatable kayak". This kayak is built to be a fishing platform. Meaning that it can take the abuse that fishermen can give it. It is built with heavier fabric than its competition and even doubled up in the areas that are most vulnerable to punctures. Through our testing we have put this kayak through everything that we would do with a rotomolded kayak and it has held up to the task. It features a four sided top loading track licensed by YakAttack from bow to stern and an adjustable high - low seat. This kayak is built for getting to those unpressured fish in hard to get to spots that other traditional kayaks can't. It can do this because of what we call the three S's. The three S's are Stealth, Shallow Draft, and Stability.

:4 sided Track From Bow to stern

Shipping these kayaks are a challenge. The 4 sided top loading tracks are almost 10 feet so these will be shipped in a seperate package from the actual inflatable. Shipping these tracks is not cheap so you will see an extra shipping charge at checkout.